Gothenburg company Ecoride is betting on strong growth and moving its final assembly of electric bikes from Poland to a new factory in Arendal, Gothenburg. The electric bike manufacturer is gathering its headquarters, development, final assembly and warehouse in Gothenburg and expects to create 50 new jobs during 2022 and 2023.

When Ecoride was founded in Gothenburg in 2008, there were hardly any electric bikes on the market. Since then, the company has sold 100,000 units and aims to double sales in the next three years. The company's largest markets are in the Nordics.

“Moving production to Sweden brings us closer to our markets and with sales, purchasing, production and aftermarket in the same premises, we will be able to make faster decisions. With production in Sweden, we will also be able to shorten our lead times and reduce transportation. The next step is now to hire team leaders and build up warehouse and assembly teams, which will mean new job opportunities during the autumn,” says Martin Walleräng, Ecoride's founder and CEO.

Business Region Göteborg has, among other things, helped the company find suitable premises in the middle of the cluster of companies on Hisingen, northern Gothenburg, that shape the mobility of the future. From the real estate company Platzer, they will rent a premise in Arendal that was previously used by the Volvo Group.

“This is an exciting example of the trend of manufacturing moving home. Ecoride started assembling its bikes in China, then moved the final assembly to Poland and now chooses to concentrate its operations in Gothenburg. This is partly to secure their supply chains, but also to take better advantage of the innovation taking place in Gothenburg, especially within mobility and tech, and to be able to take a stronger hold on sustainability along the entire product life cycle,” says Joel Görsch, investment advisor for automotive and cleantech at Business Region Göteborg. 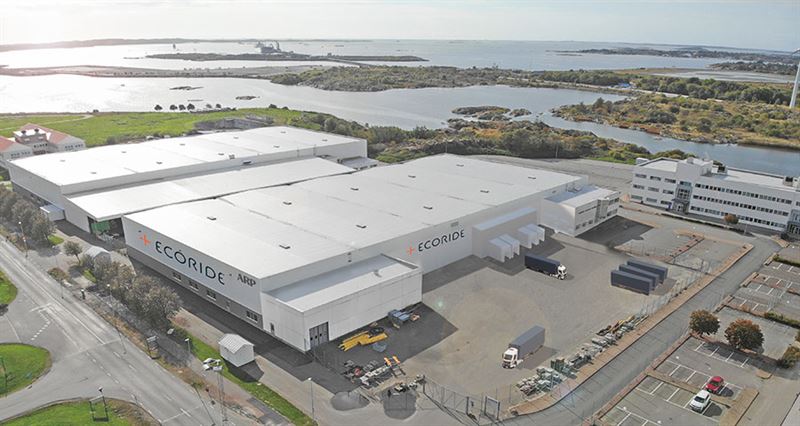 Approximately every fifth bike sold in Sweden is now powered by electricity. Electric bikes are part of the broader concept of micromobility, which also usually includes electric scooters, ordinary bikes and a variety of new smaller vehicles for goods deliveries that are powered by electricity or muscle power, for example for package deliveries in the city.

In Gothenburg, the Micromobility cluster has developed strongly over the past decade, shows a new cluster analysis from Business Region Göteborg. The value added has increased by almost 70 per cent between 2012 and 2020, the number of companies has more than doubled and the amount of employees has increased by 2,000 people during the same period.

“Prior to 2008, there were no micromobility manufacturers in the Gothenburg region, but it is within the manufacturing segment that the strongest growth has taken place the last decade. Ecoride will be the first to establish a factory here. This will strengthen the entire cluster and can stimulate the development of smaller players in and around Gothenburg,” says Anastazia Kronberg, business manager for the Gothenburg Climate Partnership, Business Region Göteborg.

WE ARE HERE TO HELP

If you are considering establishing, investing or innovating in the region, we can provide you with information, contacts and advice. Our services are tailor-made to your needs and are available free of charge and in full confidentiality. Contact us today. To learn more, please contact: