The largest companies in Gothenburg 2022

A company's size can be measured in several different ways. Perhaps the most common is to start from the number of employees, but to supplement the picture, both turnover and market value are relevant indicators. Here are the largest companies in the Gothenburg region based on these different assessment criteria.

The largest companies by employees 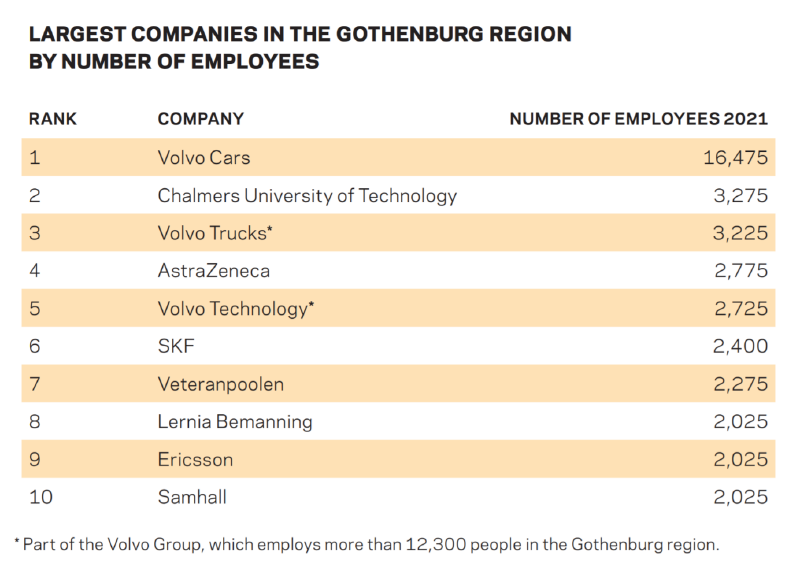 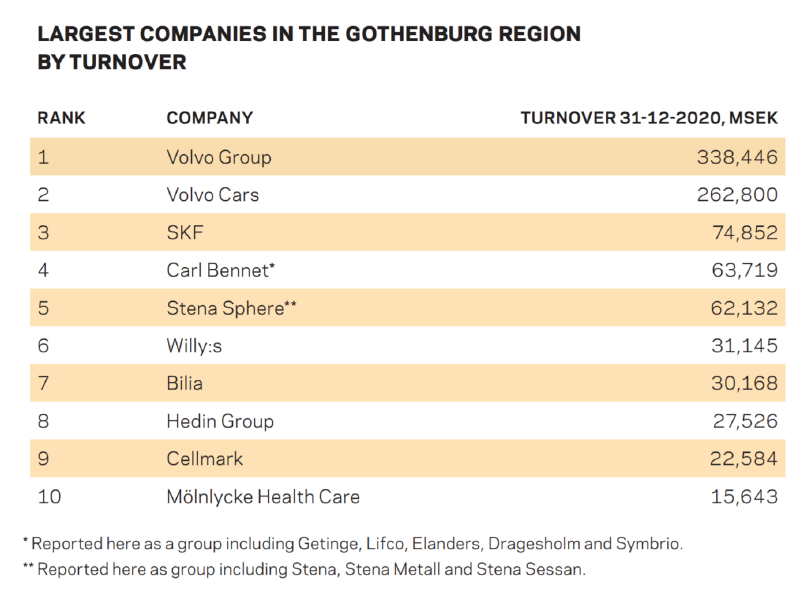 Companies with the highest market value

One more way of assessing a company’s size is to consider its market value. Of the companies based with their head office in the Gothenburg region, the Volvo Group tops the list followed by the investment company Latour, Volvo Cars and the real estate company Balder. 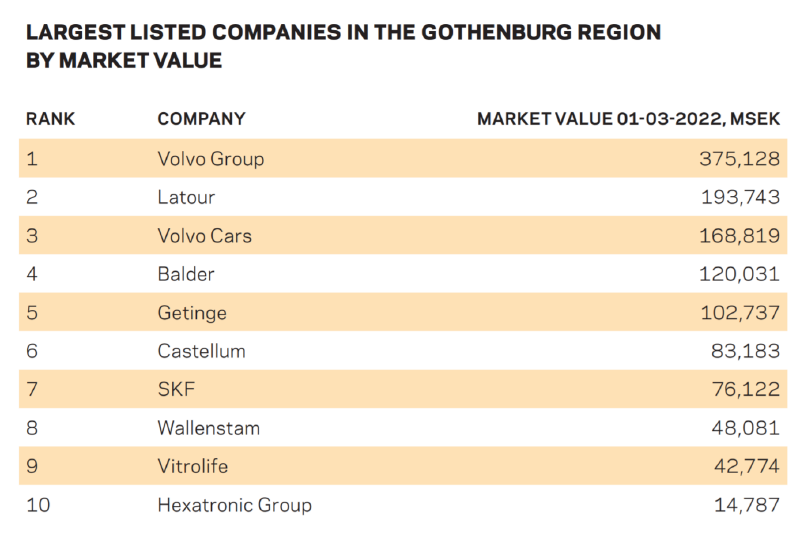 NEWS |
The battery factory: Why We Chose Gothenburg

NEWS |
The Yard – Berlin in the heart of Gothenburg

We are here to help

Want to learn more about this event or article? Or are you are considering or in the process of establishing, expanding or innovating in the region? Contact us today.